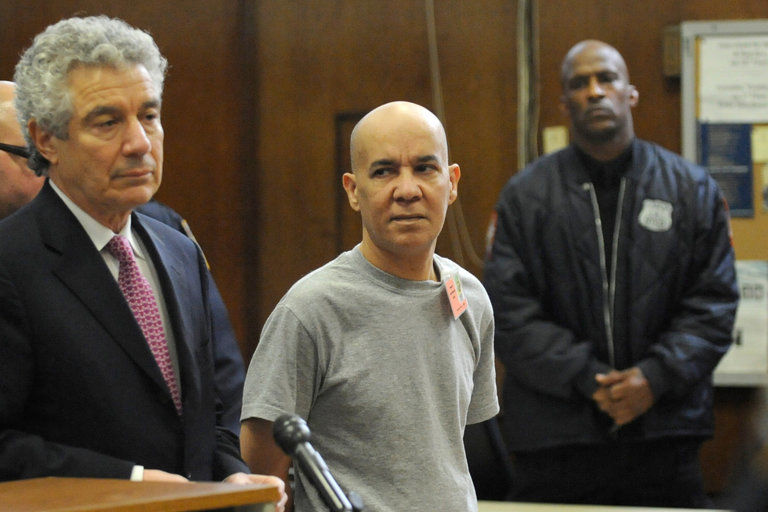 Nearly four decades after 6-year-old Etan Patz vanished on the way to his school bus stop, a former convenience store clerk was convicted Tuesday of murder in a case that influenced American parenting and law enforcement.

The jury verdict against Pedro Hernandez gave Etan’s relatives a resolution they had sought since May 1979 and gave prosecutors a conviction that eluded them when a 2015 jury deadlocked.

“The Patz family has waited a long time, but we’ve finally found some measure of justice for our wonderful little boy, Etan,” said his father, Stanley Patz, choking up.

Hernandez, who once worked in a shop in Etan’s neighborhood, had confessed, but his lawyers said his admissions were the false imaginings of a man whose mind blurred the boundary between reality and illusion. On the earlier jury, the lone holdout against conviction cited the mental health issue as a major reason for his stance.

This time, the jury concluded Hernandez had a psychiatric disorder but hadn’t imagined killing the boy, one member said.

“We decided he has an illness … but that didn’t make him delusional,” said Michael Castellon, a construction company attorney. “We think that he could tell right from wrong. He could tell fantasy from reality.”

Hernandez, 56, showed no reaction on hearing the verdict, but his lawyers said he planned to appeal. Sentencing is scheduled for Feb. 28.

“In the end, we don’t believe this will resolve the story of what happened to Etan back in 1979,” said lawyer Harvey Fishbein.

Etan became one of the first missing children ever pictured on milk cartons, and the anniversary of his disappearance has been designated National Missing Children’s Day. His parents lent their voices to a campaign to make missing children a national cause, and it fueled laws that established a national hotline and made it easier for law enforcement agencies to share information about vanished youngsters.

And his disappearance helped tilt parenting to more protectiveness in a nation where many families had felt comfortable letting children play and roam alone. As Manhattan Assistant District Attorney Joan Illuzzi put it when the trial opened last fall, Etan “will forever symbolize the loss of that innocence.”

The long-awaited verdict had one prosecutor quoting the Bible – “justice shall you pursue,” Assistant District Attorney Joel Seidemann said – and Manhattan District Attorney Cyrus R. Vance Jr. declaring that Hernandez’ guilt had been “affirmed beyond all lasting doubt.” The verdict even spurred tears from some pro-conviction jurors from the first trial, who had attended the second one.

Still, the Patz family – which focused for years on another suspect before Hernandez’s 2012 arrest – may never know exactly what became of the boy. Hernandez told authorities he’d left Etan’s body, still living, in a box with some trash, but no trace of him has been found since he vanished in a then-edgy but neighborly part of lower Manhattan.

The decadeslong investigation took investigators as far as Israel, but Hernandez wasn’t a suspect until renewed news coverage of the case prompted a brother-in-law to tell police that Hernandez in 2012 had revealed to a prayer group decades earlier that he’d killed a child in New York. Authorities would later learn that he’d made similar, if not entirely consistent, remarks to a friend and his ex-wife in the early years after Etan vanished.

After police came to Hernandez’s home in Maple Shade, New Jersey, he confessed, saying he’d offered Etan a soda to get him into the store basement and choked him.

“Something just took over me,” Hernandez said in one of a series of recorded confessions to police and prosecutors. He said he’d wanted to tell someone, “but I didn’t know how to do it. I felt so sorry.”

Prosecutors cast his confession as the chillingly believable words of a man unburdening himself, and they argued it was buttressed by the less specific admissions he’d made earlier.

Defense lawyers and doctors portrayed Hernandez as man with psychological problems and intellectual limitations that not only made him imagine he’d killed Etan but made him susceptible to confessing falsely after more than six hours of questioning. His daughter testified that he talked about seeing visions of angels and demons and once watered a dead tree branch, believing it would grow. Prosecutors suggested Hernandez faked or exaggerated his symptoms.

Defense lawyers also pointed to a different man who was long the prime suspect – a convicted Pennsylvania child molester who made incriminating remarks about Etan’s case in the 1990s and who had dated a woman acquainted with the Patzes. The man was never charged and denies killing Etan.

“The defense threw a lot of theories out there,” Castellon said, but they weren’t convincing – if compelling enough for jurors to deliberate for nine days.

Ultimately, members felt that Hernandez’s remarks to the prayer group “were very reliable” and corroborated by multiple people, including by Hernandez himself in later statements, Castellon said. He said jurors also looked closely at the other suspect but concluded he was toying with authorities by making chilling statements but not confessing.

Deliberations were difficult, but “we had constructive conversations, based in logic, that were analytical and creative and adaptive, and compassionate,” foreman Thomas Hoscheid said.

“And, ultimately, kind of heartbreaking.”